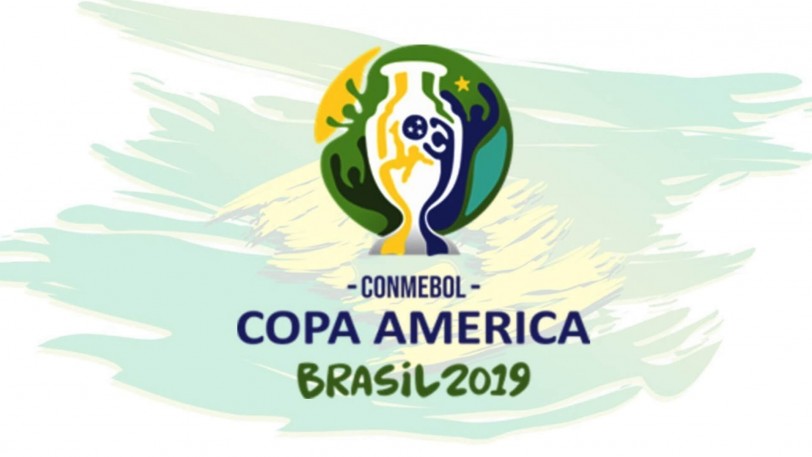 The Copa America returns this summer after a three-year absence. The 2019 Copa America features CONMEBOL’s ten member nations and two guest teams. Brazil host South America's biggest names plus the Asian 'guests' Japan and Qatar. Read on to find out everything you need to know about Copa America 2019.

Hosts Brazil and their big rivals Argentina are again the favourites, not to forget Chile, the defending champions, in fact the team that won the previous two Copa America editions.

Japan and Qatar, the next World Cup hosts, have been invited to join the Conmebol nations having faced off in the Asian Cup final earlier this year.

This is the last time that the tournament is held on an odd year, before syncing up with UEFA's European Championship.

The first match is on June 14 in Sao Paulo. Hosts Brazil take on Bolivia in Group A. The match will be held at 2.30am CET, on June 15 morning.

The final game will be played in Rio de Janeiro on July 7 at 9.00pm CET, with the third-place play-off the previous day in Sao Paulo. 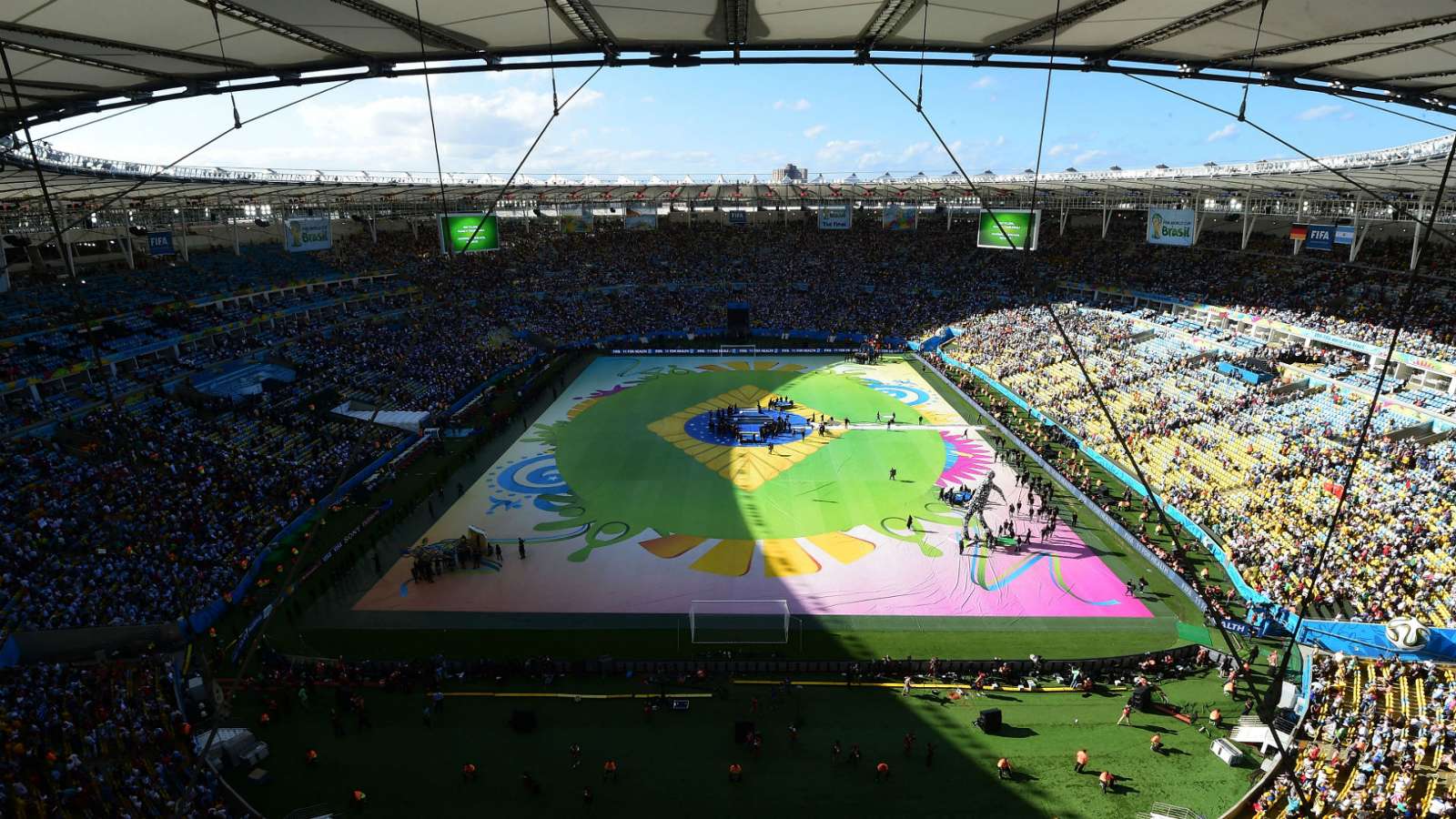 The tournament will be held across five Brazilian cities, in six stadiums. The 74,738-seater Maracana in Rio de Janeiro, the 58,170-seater Estadio Mineirao in Belo Horizonte, the 55,662-seater Arena do Gremio in Porto Alegre, the 51,900-seater Itaipava arena Fonte Nova in Salvador, the 67,428-seater Estadio do Morumbi and the 49,205-seater Arena Corinthians, both in Sao Paolo.

Copa America 2019 Football competition will be broadcast live by Various channel around the world and its covering Majority of countries from the globe.

Live streaming service for the Copa America 2019 is available for all bet365 users that have placed a bet in the last 24 hours or have a funded account. Note that geo-blocking restrictions for different events and T&Cs apply. Check the bet365 website for eligibility. 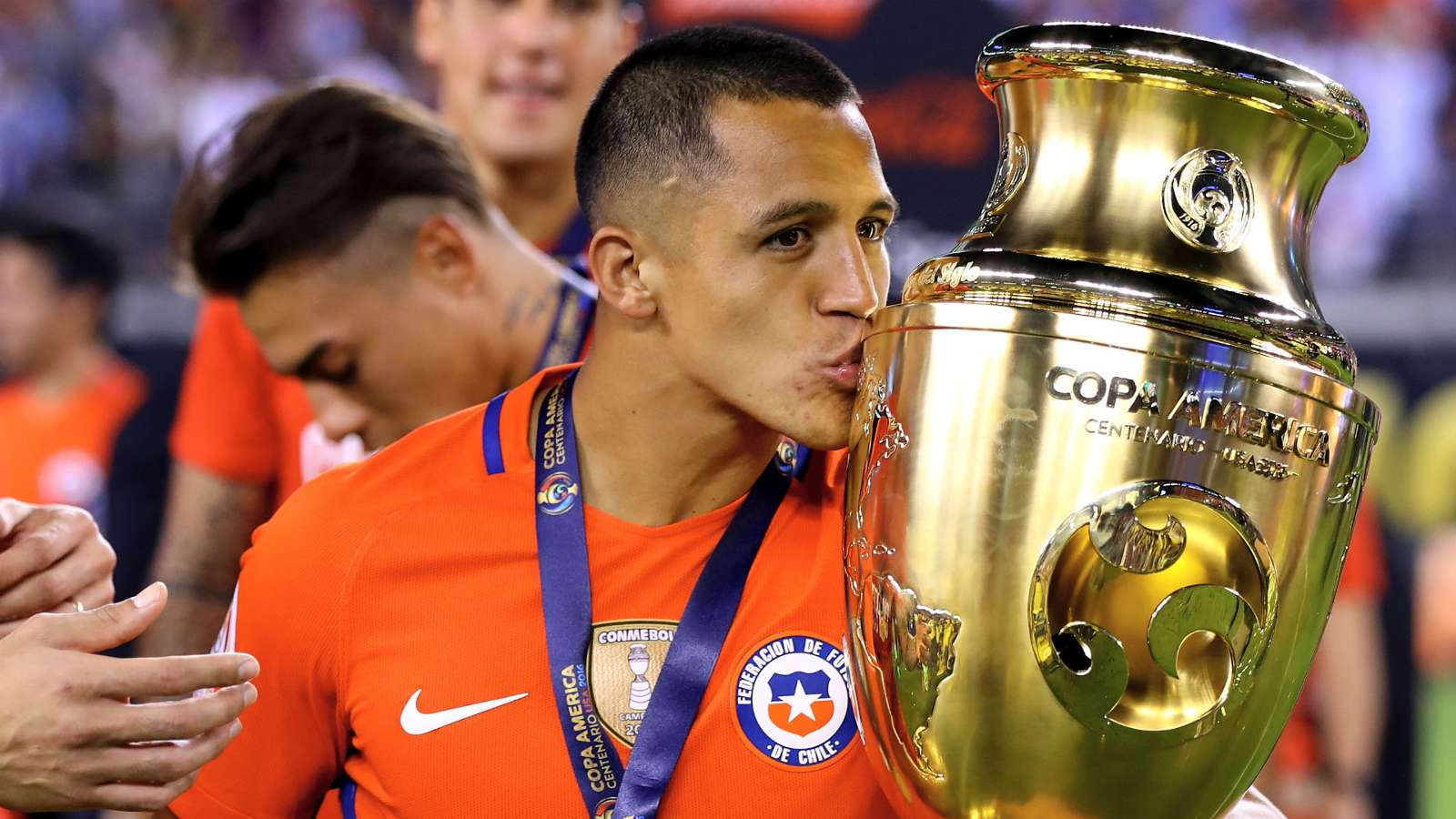 Copa America 2019 - The predictions: What should bettors consider?

In South American World Cup qualifying the ratio of home wins to away wins is 3-to-1. However, when it comes to the Copa teams like Ecuador and Bolivia, who benefit from playing at altitude, are less formidable outside of their home countries.

The one team who will benefit from playing at home, hosts Brazil, certainly boast some pedigree in their home country. Their infamous World Cup semi-final defeat to Germany was their first loss in a competitive fixture at home since the 1975 Copa America, ending a run of 63 consecutive home wins.

Home turf could be the perfect location fo Brazil to end their twelve-year wait for a major title, an unusually long drought for the World’s most successful soccer playing nation.

This edition of the tournament marks the centenary of Brazil’s first hosting of the competition. They have lifted the trophy on all four occasions they have hosted the tournament.

For many of the nations on display at this tournament this is a chance to form a cohesive team ahead of the grueling South American 2022 World Cup qualifiers.

This may be the final Copa America for Chile’s aging squad. They reigning back-to-back champions can attribute their success to a consistent core of players but failed to qualify for the 2018 World Cup perhaps demonstrated the decline of their stars. Arturo Vidal, Alexis Sanchez, Gonzalo Jara and Gary Medel are all now the wrong side of 30. And this may be a Copa too far for this squad.

Peru are another side that face similar issues. The side which performed admirably at the 2018 World Cup still features star forwards Jefferson Farfan and Paolo Guerreiro who have a combined age of 69.

2011 Champions Uruguay have coped better with the aging of superstars like Diego Godin, Edinson Cavani and Luis Suarez. Whilst these players are still more than talented enough to contribute, Uruguay’s emerging generation, led by Jose Giminez, Lucas Torreira and Rodrigo Bentancur, are good enough to challenge for titles for many years.

Once again the hosts Brazil boast a strong advantage with a settled side filled with a mix of established superstars in their prime and up and coming talents such as Richarlison and David Neres.

Argentina are expected to be Brazil’s closest challengers. As usual much will depend upon Lionel Messi. The likes of Lo Celso, Dybala, Lautaro Martinez and Rodrigo De Paul will be responsible for finally making the most of their star man at a tournament. If they can do so Argentina are certainly capable of going all the way.

Colombia enter a new era under Carlos Queiroz. With only two games under their new manager so far it will be intriguing to see how the team lines up. They are one of the more talented outsiders if Queiroz find a winning formula from the start. A relatively kind group could help them to find their feet before the knockout stages.

Venezuela have strengthened by adding key players from their run to the Under-20 World Cup final to the squad alongside the best of their established players.

How will the guest teams fare?

In order to round out the competition, Copa America tournaments often feature guest nations. Mexico have participated in every edition since 1993 but will be absent from the competition this time. In their place are 1999 entrants Japan and 2022 World Cup hosts Qatar.

Japan performed admirably at the 2018 World Cup tournament and could prove tricky for Chile, Ecuador and Uruguay in the group stage. Shoya Nakajima is certainly one to watch after a €35 million move to the Middle East. Prior to that transfer the left winger was one of the standout players in the Portuguese league despite playing for Portimonense but was mystifyingly left out of Japan’s 2018 World Cup squad.

Qatar do not possess the talent available to Japan but are reigning Asian champions after defeating their fellow Copa guests in the 2019 AFC Asian Cup final. It will be interesting to see if the Qataris can continue to perform above the sum of their parts against a higher level competition. Matches against Argentina and Colombia will be a test most do not expect them to pass.
Qatar are 5.75 outsiders to win their first match against Paraguay in what should be their easiest fixture by some distance.

The best two third-placed teams from the three Copa America groups will qualify for the knockout stages of the tournament. This will cause a number of permutations both for qualification and potential quarter-final matchups, especially since the final group stage matches will not all be played concurrently. Incentives for teams may be altered by the group standings and state of the competition. 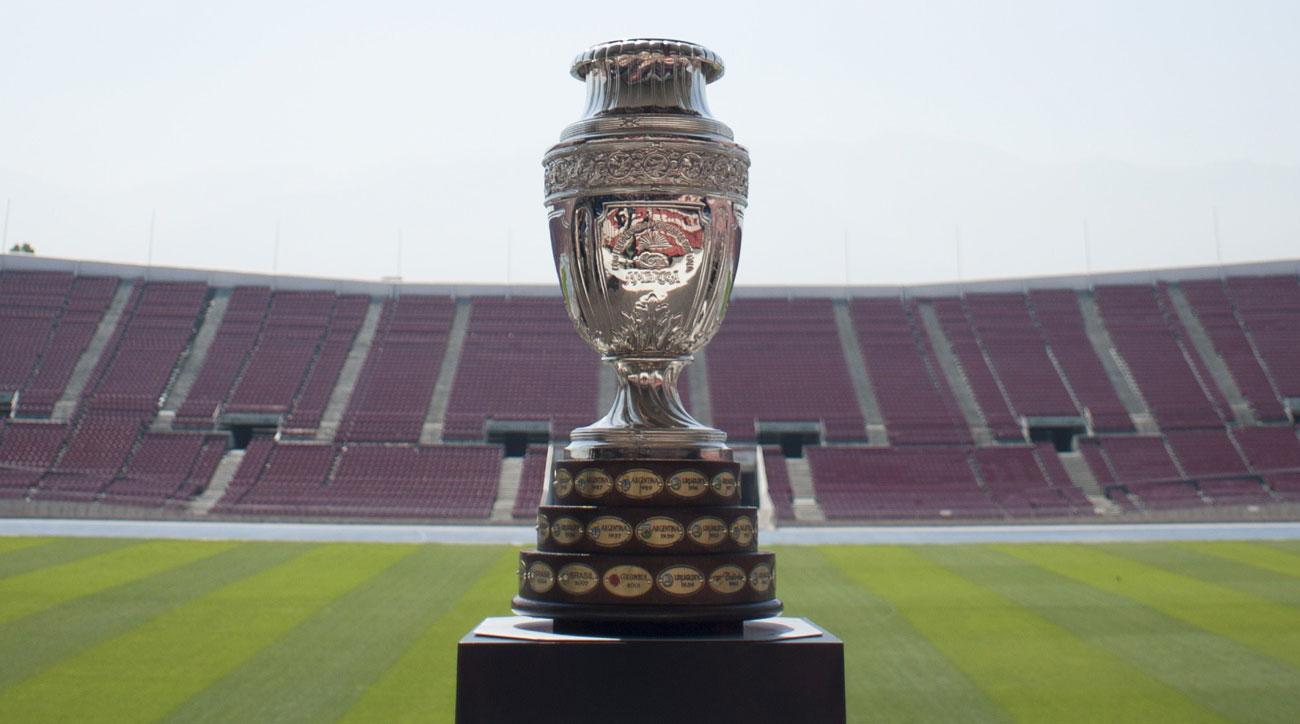 Brazil certainly look worthy of their favourites tag. Despite the injury to Neymar, they still possess the strongest squad and home field advantage, and will be formidable opponents. Young wide players Richarlison and David Neres will look to make up for Neymar's absence, and Brazil's Copa America winner odds have actually shortened despite the loss of their talisman.

If Argentina can make the most of Lionel Messi they are the closest side to Brazil in terms of talent. However, they have consistently lacked cohesion. It would not be too surprising to see them face Brazil as early as the quarter-finals should a solid Colombia squad-best them in the group stages.

Uruguay and Colombia are the pick of the outside contenders, but this Copa America is perhaps a tournament too far for even a team with the pedigree of Chile.

Of the longshots one team to watch is Venezuela. In Salomon Rondon and Josef Martinez they have two quality attackers with contrasting styles. Both were on the scoresheet in their March win over a full-strength Argentina and could prove difficult to defend when Venezuela launch counterattacks. That win was all the more impressive considering it came on neutral ground in Madrid.

They have also incorporated their 2017 Under-20 World Cup finalists alongside their experienced players with Ronald Hernandez, Yangel Herrera and goalkeeper Wuilker Fariñez all starting in the victory over Argentina.

With young reinforcements, Rondon providing a genuine threat in attack and the pace of Martinez likely to be used as a formidable weapon from the bench, an organized Venezuela side are set up well tactically to cause a surprise or two should they emerge from the group stage. They could well do so ahead of limited Peru and Bolivia sides. 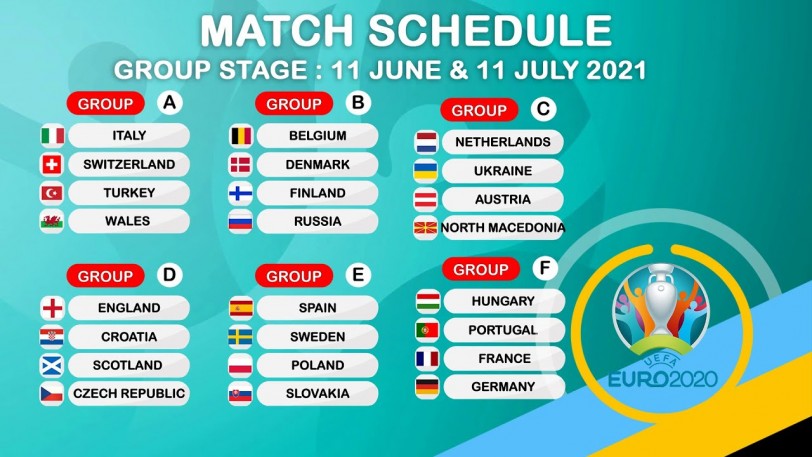 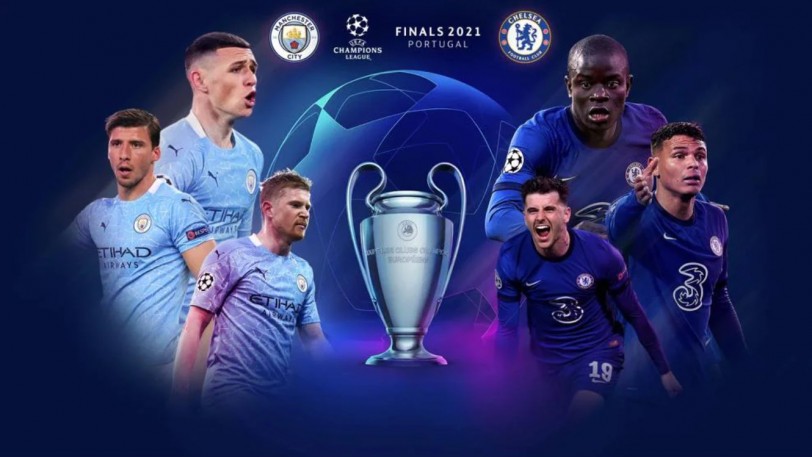 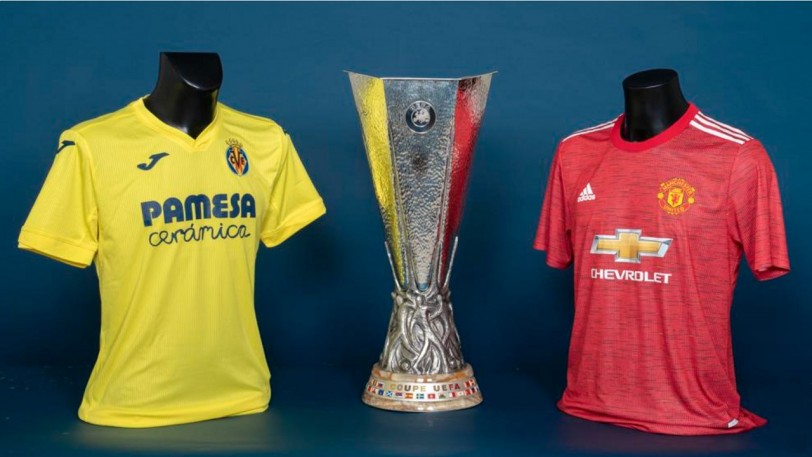 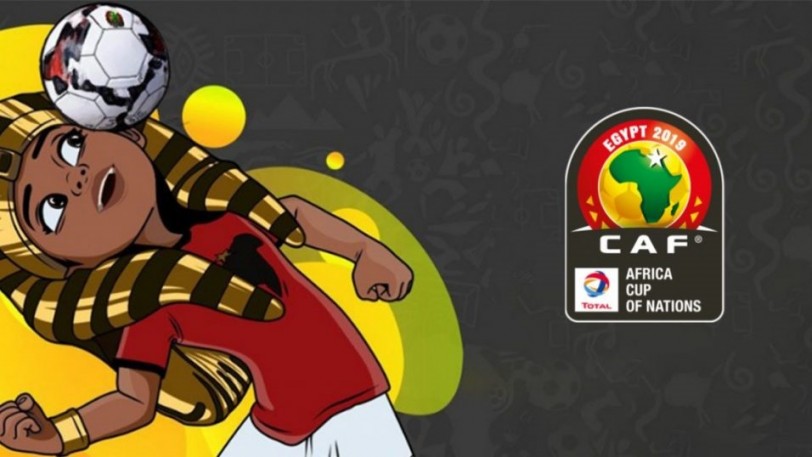